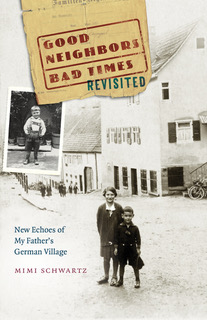 “Mimi Schwartz brings us back to her father’s ancestral village of Rexingen in the German Black Forest to show us that, generations later, it still has much to teach us about decency then and now.” —Frank Mecklenburg, director of research and chief archivist of the Leo Baeck Institute.

“In this second edition, Schwartz’s scrupulously researched, humane, and multi-voiced account of a German village where Jews and gentiles ‘all got along,’ according to [her] father, has been profoundly enriched. . . . The meaning of ‘neighbor’ gains an utterly new dimension.” —Alicia Ostriker, poet laureate of New York State